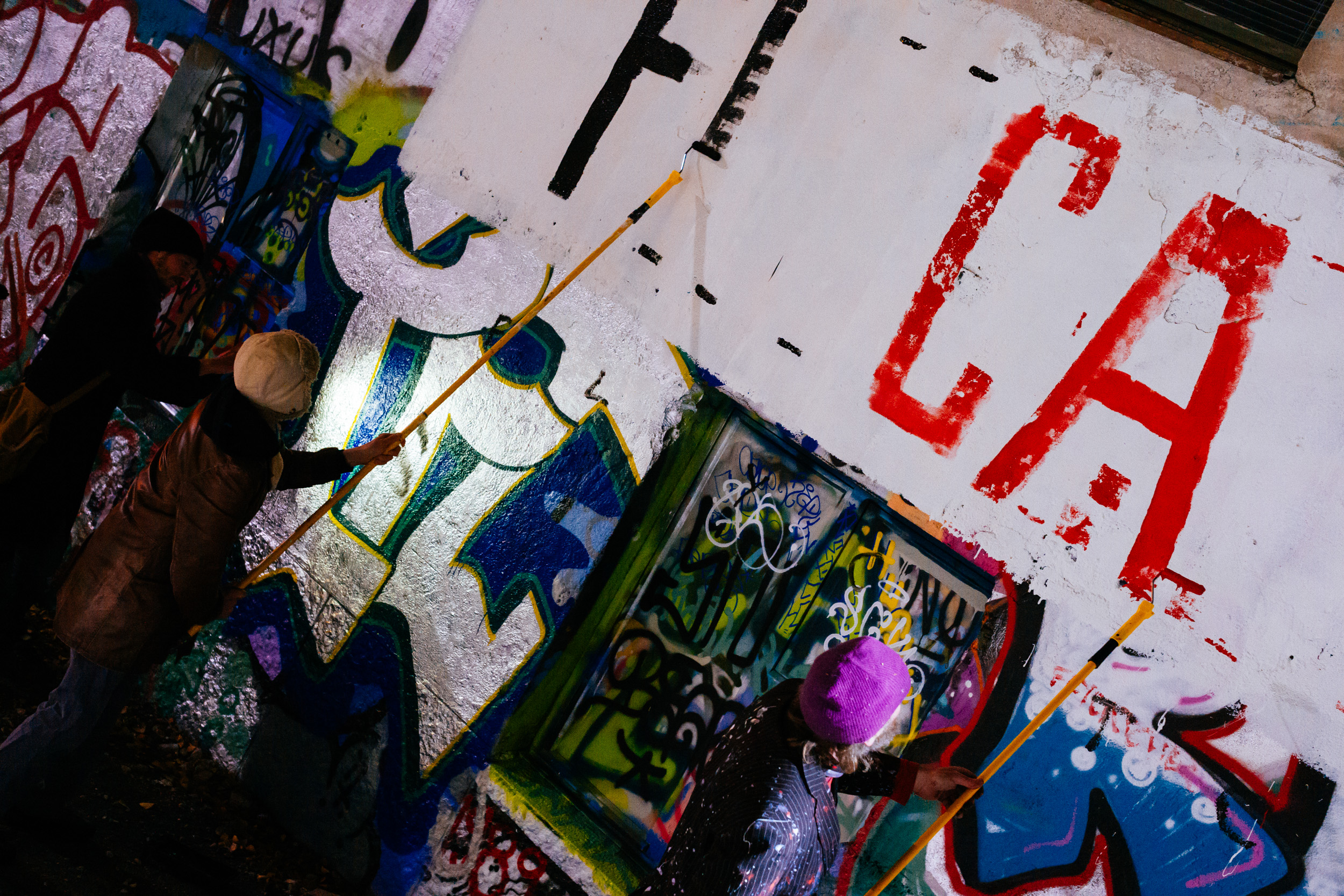 Posted on October 29, 2019 By flycatcherfinland

Flycatcher began on the 50th anniversary of the 13th Floor Elevators’ album Easter Everywhere, on All Hallows Eve, when the veil between the worlds is at its thinnest. With the Magical Universe also at its most potent, the Flycatcher logo was painted on the Oranssi wall in Suvilahti, Helsinki Nobody remembered a torch, but a film crew turned up that night to shoot some scenes and gave us all the light we needed.

Footage for the THEME FROM FLYCATCHER video (ACT 2) was shot by Markku, and all the still photos below are by Kevin.