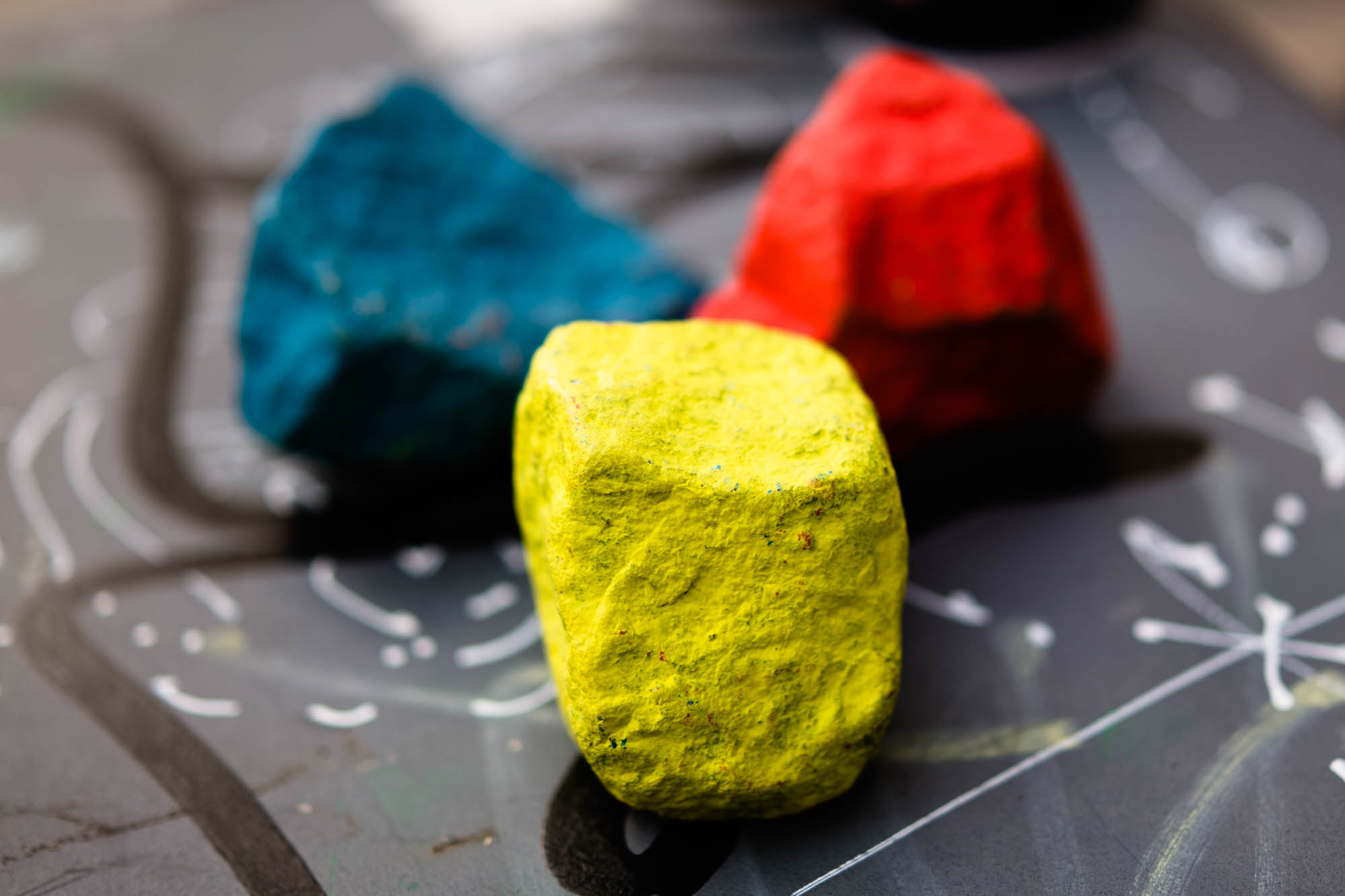 Three rocks have been painted yellow, red and blue. They will be juggled from the top to the bottom of Suonionkatu, from the Park to Kallio Church. The Park is usually known as the Rocks, but let’s call it the Park to avoid confusion

The juggling will begin at 8.46 am on the Winter Solstice, Monday 21 December 2020, and end at noon when the Church bells ring out. The entire Act will thus last a Pythagorean 3 hours 14 minutes

Synchronicity being what it is, Jupiter, Saturn and our third-stone Earth will be aligning in space at this time in their closest encounter since 1623. Wheels within wheels, and so on

When the bells toll Sibelius at noon, the rock that The Juggler happens to be carrying will be declared the 2021 Rock of the Year

The Juggler will attempt to remain impartial, and walk at an even pace throughout

Kevin Pollard was there with his camera

Juli Foos made a painting while the rocks were being juggled

The work is a triptych despite any physical distance.
One of these paintings is on display in Musta Kissa
Which one depends on which rock is the Rock of the Year